It's one of those crazy spontaneous things that I never thought I'd do.

What? Decide on a whim to visit London for the day? Really??

OK, it's not as crazy as it sounds. My original flight plans had already been pretty messed up. I had just spent two weeks in Malaysia and Singapore and was on my way back to Boston. All of a sudden, a typhoon in Hong Kong derailed my plans, causing my original flight on Cathay Pacific through Hong Kong to be canceled. In a mad dash, Bryan called up the American Airlines Executive Platinum number and managed to rebook me on a slightly later flight out of Singapore, this time through Heathrow/London on British Airways.

Though I was a bit bummed that I would miss my Cathay Pacific flying experience (they are one of the nicest airlines around), I was relieved that we were able to find an alternate flight back.

The flight wasn't exactly pretty, with a 5AM arrival in Heathrow and then a six hour layover. I toyed with the idea of hopping out into London for just a couple hours. Was it worth it? Would anything be open before 10AM? 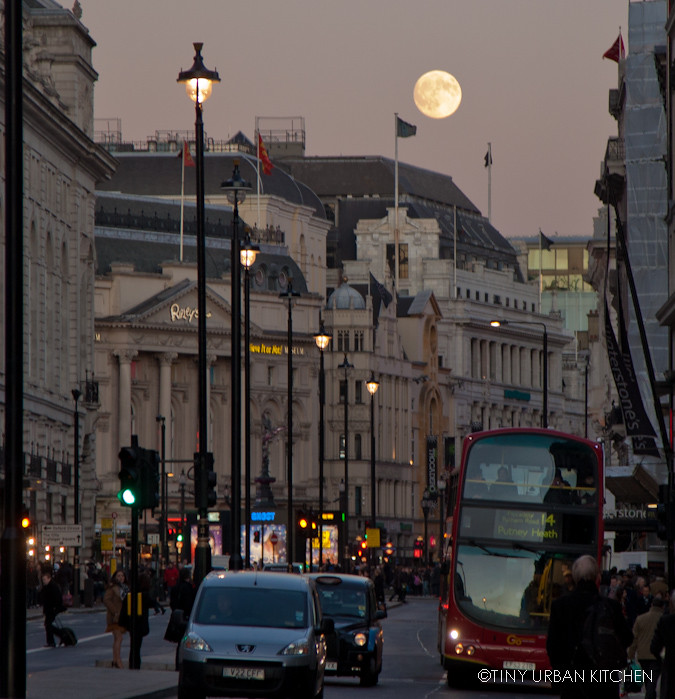 Visions of London started flashing before my head. It would be so cool just to drop by . . .

A security guard saw me standing right in front of the entrance to the immigration line, hesitating as I debated back and forth.

"Why don't you see if you can change your ticket? Stay in London for the whole day."

"Really? You think that's possible? Without a fee?"

"It depends on what kind of ticket you got. Doesn't hurt to find out, right?" 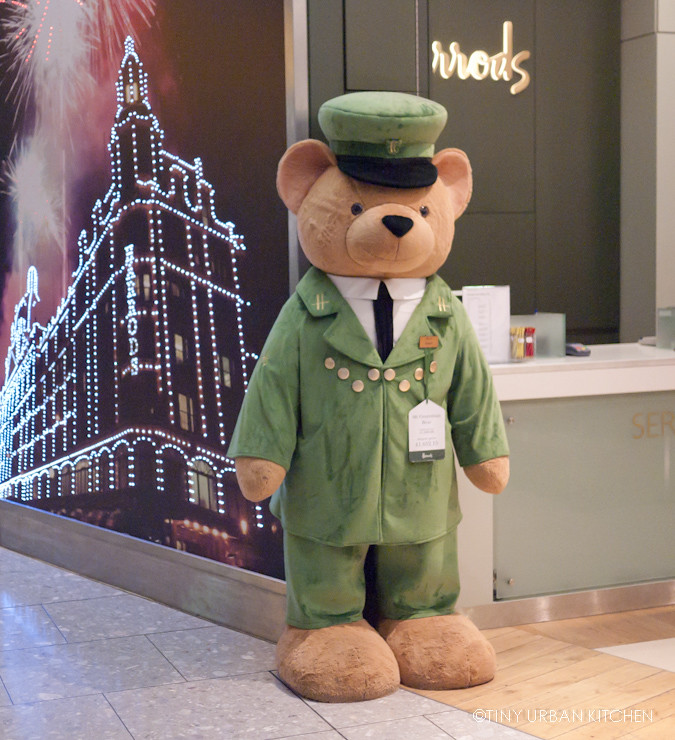 I rushed over to the ticket counter. Sure enough, there was another flight available leaving around 6PM. It wouldn't cost anything to change it. Did I want to change it?

I paused, but just for a sec.

Why wouldn't I go? I had checked my luggage already. With only a backpack on me, I was quite mobile.

And then I was off! Immigration took a bit of time, but I was in no rush since I knew nothing would be open until around 10AM. I spent the new few hours in the airport lounge researching restaurants, trying to decide where to make that lunch reservation (my only meal in London!).

Tired of upscale European food, I sought out something a bit different, something with bolder flavors and more unusual spices. I finally settled upon Lima Fitzrovia. Lima is a Peruvian restaurant that recently earned its first Michelin star. For me, it was convenient because it was within walking distance from the British Museum, a place that I have always wanted to visit. 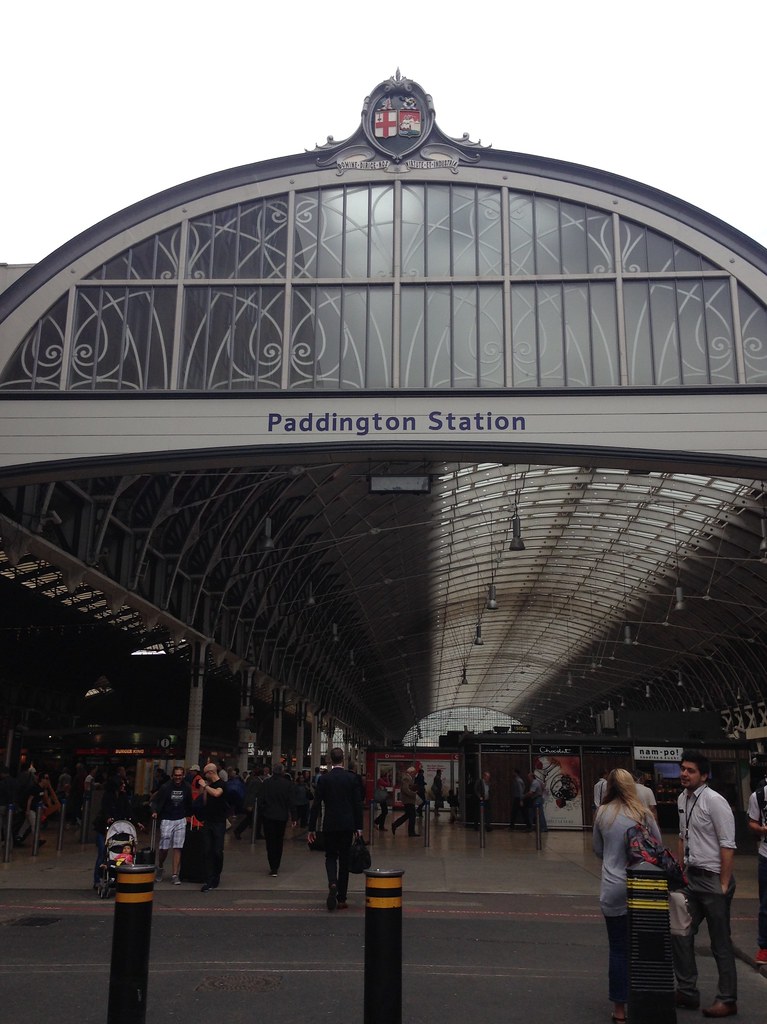 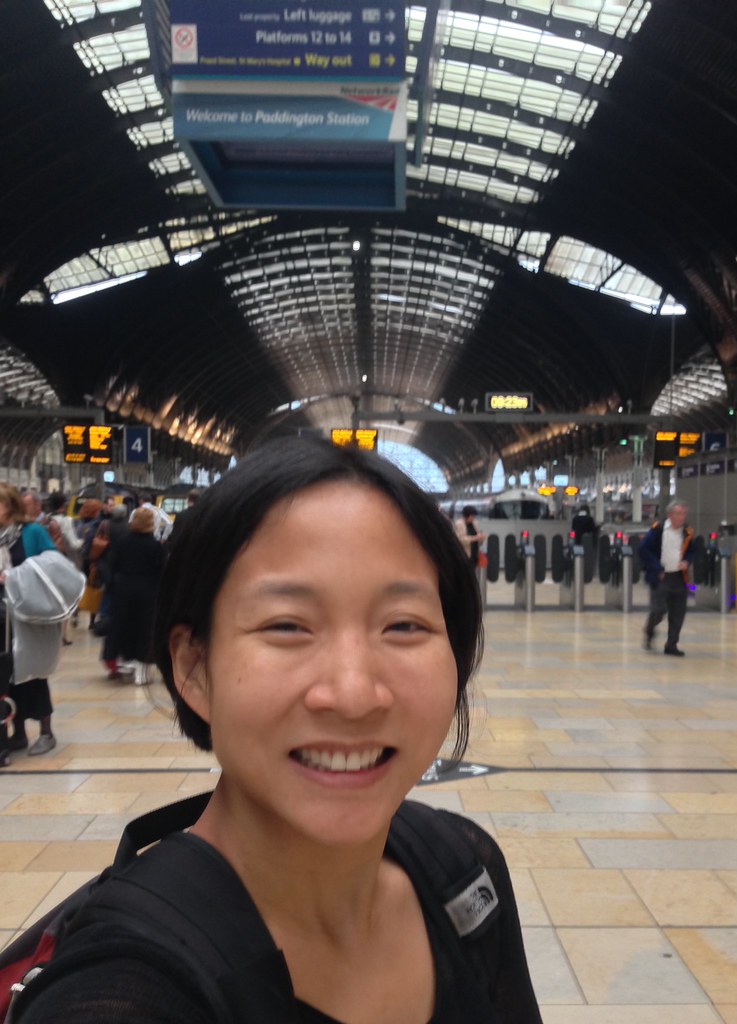 I hopped onto the Paddington Express, the convenient and fast train that takes you right into Paddington Station from Heathrow in about 15 minutes. After a couple stops and a transfer on the tube, I arrived at Lima, not too far from Oxford Circus. 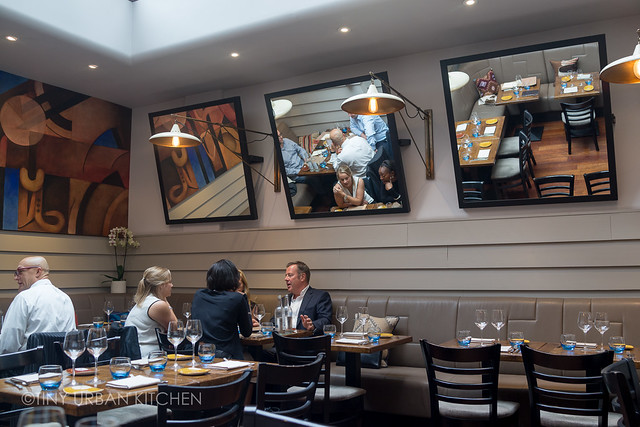 I loved it as soon as I entered .The interior was warm, pleasant, and welcoming. A huge skylight on top brought in tons of sunlight. Soon after I sat down, the place filled up. Boisterous conversation, happy couples, and business meetings occurred all around me. The restaurant wasn't very big, making it all the more cozy. Here's a chef putting out dishes from the semi-open kitchen. They seemed to specialize in Piscos, and recommended to me one of their favorites, the Kantuta (£9.50), which consisted of  a cucumber infused pisco, beetroot, agave syrup, and lime. I thought it was interesting, unusual, and fun. Perhaps not my favorite, but I still enjoyed it. I loved the first course, a Tiradito (white fish) served with two types of pepper sauces plus toasted Peruvian corn. It was bold, spicy, bright, and intense. It was phenomenal. The server explained to me that they have to boil the rocoto pepper (and intensely spicy pepper) for eight hours in order to tone it down to a level that's actual edible. Even after so many hours, it still had a lovely kick. My second course was a deep fried tuna and quinoa ball served over a creamy, mashed cauliflower puree and an avocado citrus salad. The deep fried ball was very crunchy and generously filled with tuna. The flavors of all the components were excellent, and I like how they balanced each other out. I enjoy the deep, caramel notes from the dulce de leche flavor and appreciated that overall the dessert was not too sweet.

All in all, it was a lovely meal. I absolutely loved the tiradito and really enjoyed the other courses as well. I wished I could have tried more dishes. As I looked at the dishes around me at other people's tables, I couldn't help but feel a tad envious at these tables of two or four, where everyone got to try a greater variety of dishes.

But seriously, how could I even begin to feel sad? It was already crazy and random that I got to eat here in this country at all.

The only negative of this whole meal was that the kitchen service was slow. It took more than an hour to get to my third course, and generally I had long wait times between each course. Perhaps I would not have noticed so much had I been with a dining companion. However, since I was eating alone (and I typically don't like to eat out alone), the moments of silence were much more noticeable.

After leaving the restaurant, I walked about ten minutes over to the British Museum. This is one of the most amazing museums in the world. Great Britain has such a rich history of having ruled different parts of the world at one time or another. As a result, there are some pretty amazing pieces from all around the world here. For example, one things I have  I've been wanting to see was certain large, original pieces of the Parthenon in Greece. I remember visiting the Parthenon in Greece and learning about how large chunks of it were not original because the originals were in England. You can see the pieces it in the photo above. The ever-so-famous Rosetta Stone is also here, and it's amazingly well preserved. And one of the moai from Easter Island! There are so many wings full of so many interesting things. I barely scratched the surface when I came to visit. Even though I had a good 2-3 hours, I still felt rushed and, in the end, had to skip many parts of the museum. I'd love to come back. Finally for the last hour or so before heading back to the airport, I just walked around London and practiced street photography. It was fun to go wherever I wanted, explore at whatever pace felt right, led by the camera's lens. . . . contrasted with the energy of the shopping areas. Cars drive on the left side here, so it's important to look the correct way before crossing the street. Streets offer helpful reminders. Red double decker buses are the signature of London. I love riding at the top. You get such a fun, bird's-eye view of the entire city. A quick stop for some delicious souvenirs to bring back.

I ended up walking all the way back to Paddington Station from the museum, just slowly exploring my way with the camera. And then, twelve hours later, I was back at Heathrow.  It had been a really, really wonderful day. Even though I ended up not visiting anyone locally (it's hard to arrange meeting up with someone so last minute!), I had really enjoyed my day exploring London solo. It was nice to have no real agenda, no list of attractions that I had to see. After all, this whole one-day trip was a bonus, an unexpected surprise on my route back to Boston. Without expectations, I was able to really just savor the moments, taking in all the wonderful and unique tidbits that London has to offer.