We have finally concluded the New York Thanksgiving Series. Well, sort of. I did have Thanksgiving Dinner at Daniel, Daniel Boulud's flagship restaurant. However, I think it makes more sense to post about that meal closer to Thanksgiving, so stay tuned for that one once the weather starts getting colder again.

Instead, I'd like to kick off yet another New York Series. Yes, I guess I go to New York on a pretty regular basis, at least enough to provide steady content for this blog!

Every year for the past few years, Bryan and I travel to New York to attend a black tie event at the Waldorf Astoria. It's an annual meeting for intellectual property attorneys (of which I am one), and involves a fancy dinner, a talk by a famous figure (this year it was Ken Starr - yes, of Clinton era fame), and lots of networking.

Usually, I like to make a long weekend out of this business trip, which means visiting friends, family, and checking out some fun restaurants in New York.

We'll kick off this new series detailing the places we visited during this trip. Here's a peek! This lesser known one-Michelin starred restaurant at the top of the Time Warner Building was one of the few places that offered brunch on our last day in New York. Above: truffle poached eggs with creamy mashed potatoes. 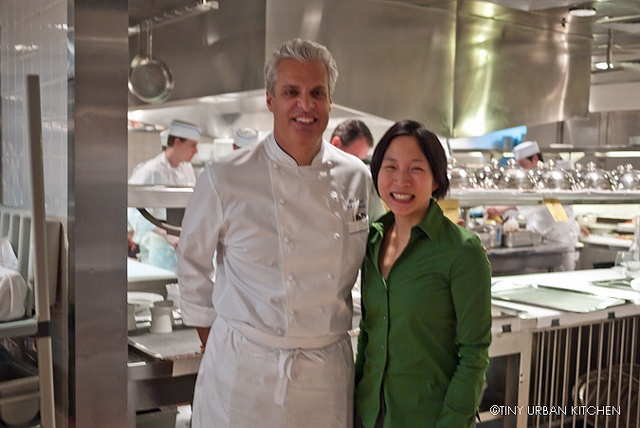 I rarely return to 3-Michelin starred restaurants I visit, but I've been to this one multiple times. The food is phenomenal and I never tire of it. The first time I had lunch here, I had the privilege of running into chef-owner Eric Ripert. The best part? They are also open at lunch and have a more attainable 3-course tasting. Of course, you can always opt for the 6-7 course tasting as well if you please. And finally, right before we left, we stopped by Gotham West Market to try out a hot, new ramen place opened by a "Jewish kid from Long Island" who became famous by the success of his first ramen shop, which he opened in Tokyo, a crazy feat for a foreigner in such a competitive field.

Stay tuned as I publish blog posts in detail about my thoughts for each of these places. I gave away quite a bit of information this time, so I'm guessing several of you can already guess where I went!