It’s been a crazy month of travel for me. It’s been a struggle keeping up with blog posts as I jet off every other weekend, first to New York in early May, then to Las Vegas in late May, and then to a weeklong trip to Madrid, Spain in June. It's nice to finally be back in Boston for a chunk of time.

Spain is a fascinating country, and this was my first ever visit to the country (not counting my brief stopover at the airport last year where I bought a package of jamon Iberico, only to be told I had to eat the whole thing on the airplane – more on jamon Iberico later . . . )

Day 73: Forgot I can't bring meat into the U.S. Guess I have to finish this whole thing of jamon iberico Bellota on the plane (!!) #skippingplanefood #Domo100Days #Domotravels
A photo posted by Jennifer (@tinyurbankitchen) on Jun 9, 2015 at 12:08pm PDT

In any event, this time I had a nice chunk of time to explore the city – 5 days in fact - due to the nature of Bryan’s business meetings and the weekend that we tacked onto the trip.

I was so busy with work, my other trips, and life in general, I barely had time to plan for this semi-last minute trip that popped up. Thankfully, Bryan (the ever-planner, MBTI “J” type), pushed me to send him a list of restaurants so that we could ask the hotel concierge to book them for us. Despite being crazy busy, I did some quick searches and sent over my preferred list.

Apparently I did a pretty good job.

When I finally met Bryan’s co-workers the day before we departed, one man came up to me and immediately shook my hand saying “congratulations!”

Confused, I smiled, shook his hands, and nodded politely. It wasn’t until later that I found out that he had tried recommending restaurants for Bryan to try while in Madrid, only to be told over and over that I had already booked us a reservation at said restaurant.

Anyway, this begins yet another concurrent travel series, along with the other three that are going on now, Girls Weekend Trip to New York; Around the World Birthday Extravaganza Trip; and An Exploration of Asian Food in Vegas. Enjoy all these series! I promise I’ll continue interspersing Boston posts too – I have many in the queue.

Ever since I started going on walking food tours in Southeast Asia (where I really felt like I needed help distinguishing and hunting out the best street stalls), I have realized how much I enjoy them, especially at the beginning of a trip when I have little knowledge about a new city’s neighborhoods, cultural rules, and food. These tours give a great overview, and often it’s just fun to get to know local guides who are passionate about and proud of their country’s food and culture.

In Madrid, I decided to do the same thing, signing up for two different walking food tours, one with Bryan on day one, and one later in the week by myself while Bryan was at business meetings.

I won’t go into detail here where we went (stay tuned for future posts!), but I will say I had a blast walking around the happening parts of Madrid sampling everything from various types of Spanish jamon (ham) and sweets (hello churros and purros! ) to sampling tapas and drinking Spanish wines and vermouth.

We also tried a number of excellent restaurants that really spanned all different sorts of genres. Here’s a peek at all of the places where we dined! Madrid only has one chef that has attained three Michelin stars. His flagship restaurant, XO, has a waiting list that goes out several months. The last-minute nature of our trip prevented any hope of booking there. Instead, we chose to line up at StreetXO, his more casual, Asian-fusion inspired restaurant for fun, crazy bites like the famous “Club Sandwich” (a bao topped with pork belly and a fried quail egg) or the “Korean Lasagna”.

We enjoyed perfect weather on a lovely terrace overlooking the city at Terazza del Casino, a two Michelin starred upscale restaurant serving just a single tasting menu every night. The influence of Ferran Adria is strong here in Spain, and there was no shortage of spherified balls, dry ice, and olive oil “snow” in this wildly creative, visually stunning, sometimes confusing, but overall delicious meal that was both taste and theatrics. The following night we dined at Viridiana, a well-known Spanish restaurant that really focused on using fresh, seasonal ingredients to execute really incredible flavors. I had the best gazpacho I’d ever had in my life, and was equally impressed with their exploration of less common ingredients, like lamb’s tripe, abalone, and interesting vegetables (e.g., sea beans). One of my favorite dinners was at Lua, an elegant yet comfortable (not stuffy) restaurant with an emphasis on seafood, which was a nice break from all of the red meat I was eating in Spain. The 6-course tasting menu was an incredible value – my entire meal (including tax, tip, wine, sparkling water, and tea), was only 68 Euros. Bryan and I enjoyed a bustling, loud, yet totally happening dinner at Mario Quintin, a fun traditional Spanish restaurant with all sorts of tapas and larger format plates. The place specializes in cured meats (they have their own branded jamons in a deli counter inside the restaurant, and the space is huge. We enjoyed a delicious plate of jamon iberico de bellota, called Quintin’s Select on the menu (29 Euros). It was phenomenal, and easily my favorite taste of the famous meat during my entire stay in Spain. It’s casual, loud, and a great place to either grab a drink and a snack or to have a full dinner. Ramon Freixa is another 2-Michelin starred restaurant in Madrid. I definitely sensed that Chef Ramon Freixa's style was also strongly influenced by Ferran Adria. I tasted similar types of mini “snacks” involving liquid filled balls, spherified balls, and dry ice. The food was excellent, and overall it was a great meal.

While I wasn’t eating, I walked – a lot. We stayed at the Principal Madrid, a boutique Starwood hotel centrally located between the museums and the lively areas around Plaza del Sol. I ended up walking everywhere (most sites are within a 15-20 minute walk), which was great exercise and necessary considering all the food I was eating! I loved exploring all the museums (there are so many and they are all really, really good), and the parks and green space in Madrid are really second to none. It is a beautiful city and superb for people who love to walk. I never once even used the subway or a cab, and I loved that aspect of the city.

Stay tuned as I write more detailed posts about the meals I’ve described above! {update! posts are done and hyperlinked above as well as collected here} 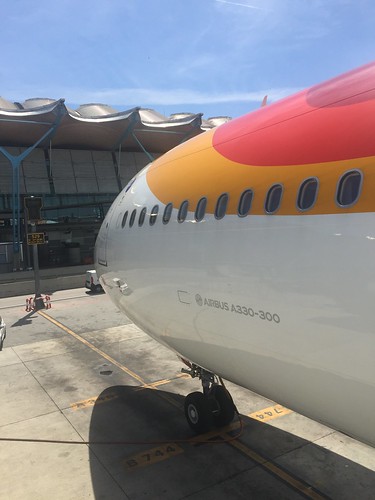 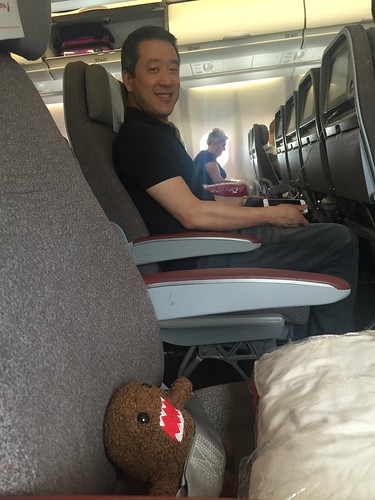