If you come to Hong Kong you must experience traditional Hong Kong breakfast from a Hong Kong style eatery called a cha chaan teng, literally “tea restaurant”. These are old school, no-nonsense, casual breakfast spots where prices are cheap, the dining space is cramped, everything moves lightening fast.

There are many, many excellent places around the city. Different ones specialize in different things. Some of them do multiple things well.

I first heard of Kam Wah Cafe because I was desperately searching for the best boloyau, a pineapple shaped sugar encrusted buns served with a slab of ice cold butter. Time after time, website after website, I saw the same few bakeries pop up, with Kam Wah Cafe appearing more than any other place.

Kam Wah Cafe is a family-owned restaurant and has been around since 1973. Chan Tim-wo (son of a baker!) and his wife Chan Fong Chik-mui have forged some long relationships with certain regulars, who have been coming for over thirty years. Through the years they have adapted the cafe to keep up with customers' preferences, such as tweaking the bolobao crust recipe to make it sweeter or adding savory dishes to get customers to come at other times of the day. The place is always packed, and lines are common. {source}

We visited Kam Wah Cafe with some local friends who had picked it out for us (independent of my research!). I guess the locals also think it's the best. The famous pineapple-shaped bun comes in two varieties. If you just order the bun without the butter, it's called a bolobao or polobao (pineapple bun). Once you add the butter, you add the "yau" at the end to becomes boloyau (yau means oil).

The boloyau was fantastic. I love the ice cold slightly salty butter contrasting with the crispy-topped sweet bread. It's soooo good. I think it's important that the butter stays cold. The contrast adds to the experience. I loved it. 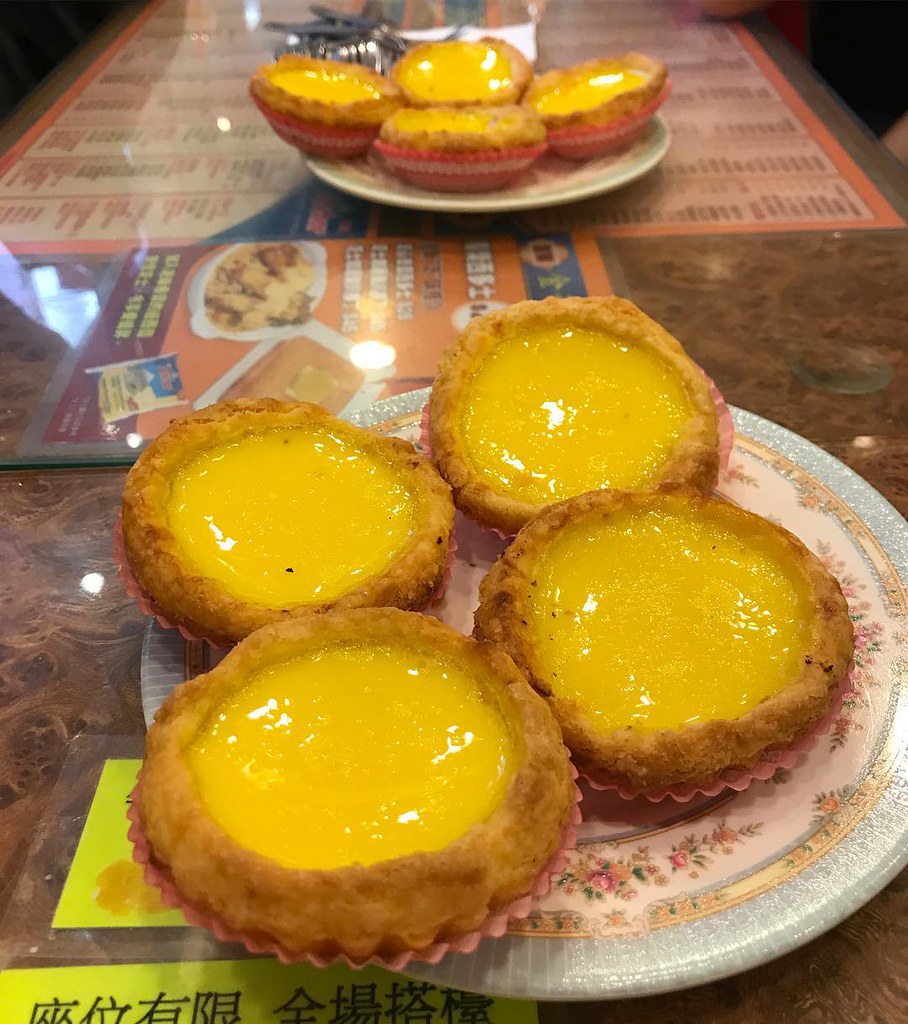 The eggs tarts are also very good, with nice flaky crusts and a warm, eggy center. 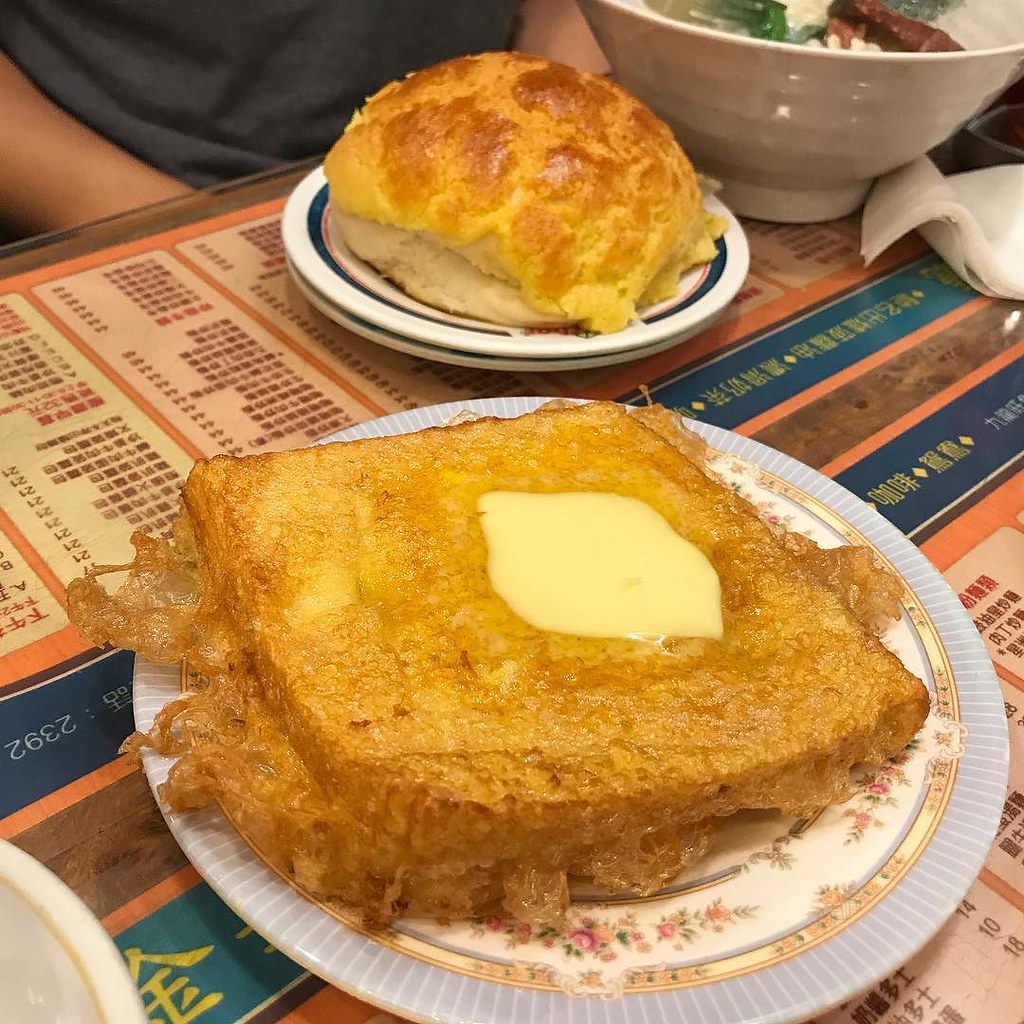 Have you ever had a Hong Kong style French toast? It is really good. It's similar to the American version, except that they deep fry it and then serve it with butter and condensed milk or peanut butter in the middle. I personally prefer it with condensed milk (or even plain), but the peanut butter version is definitely decadent too. 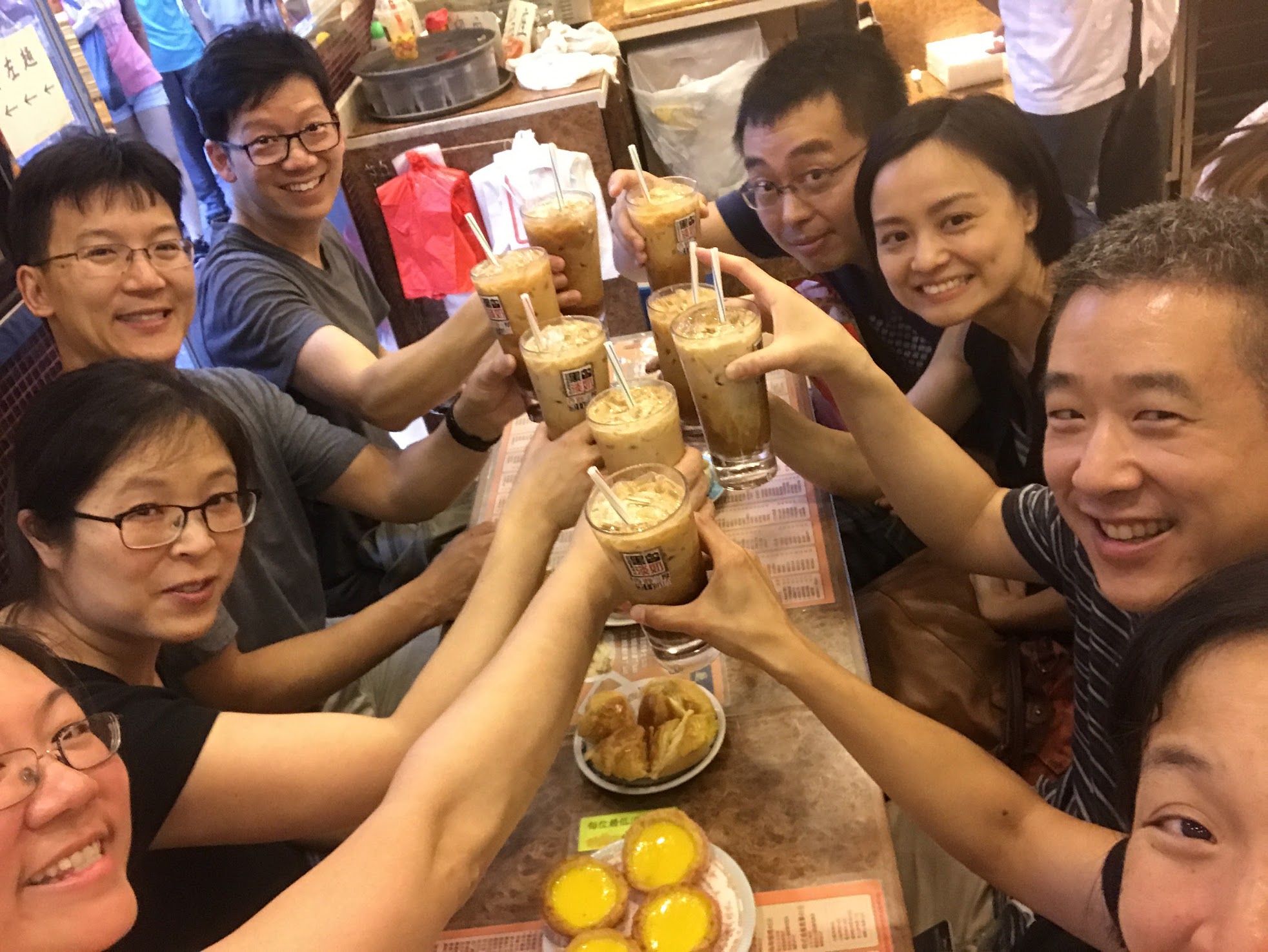 You can't leave without trying Hong Kong milk tea, a very strong black tea mixed with evaporated milk. During the times of British colonial rule, Hong Kongers took the British idea of drinking tea with milk (something Chinese people don't do) and modified it into what we today know as Hong Kong milk tea (or locally referred to as nai-cha, "milk tea").

You can also try yuānyāng, a 50/50 tea and coffee blend with milk. It's surprisingly good.

Kam Wah Cafe is super popular and you'll likely have to line up. However, it's possible that they take reservations for larger parties. Our local friend was able to reserve a table for our table of 8, so it's worth calling and trying to reserve if you have a lot of people.

If you only have time to visit one cha chaang taang, I think this one or Kam Fung Bakery in Wan Chai are both excellent choices.