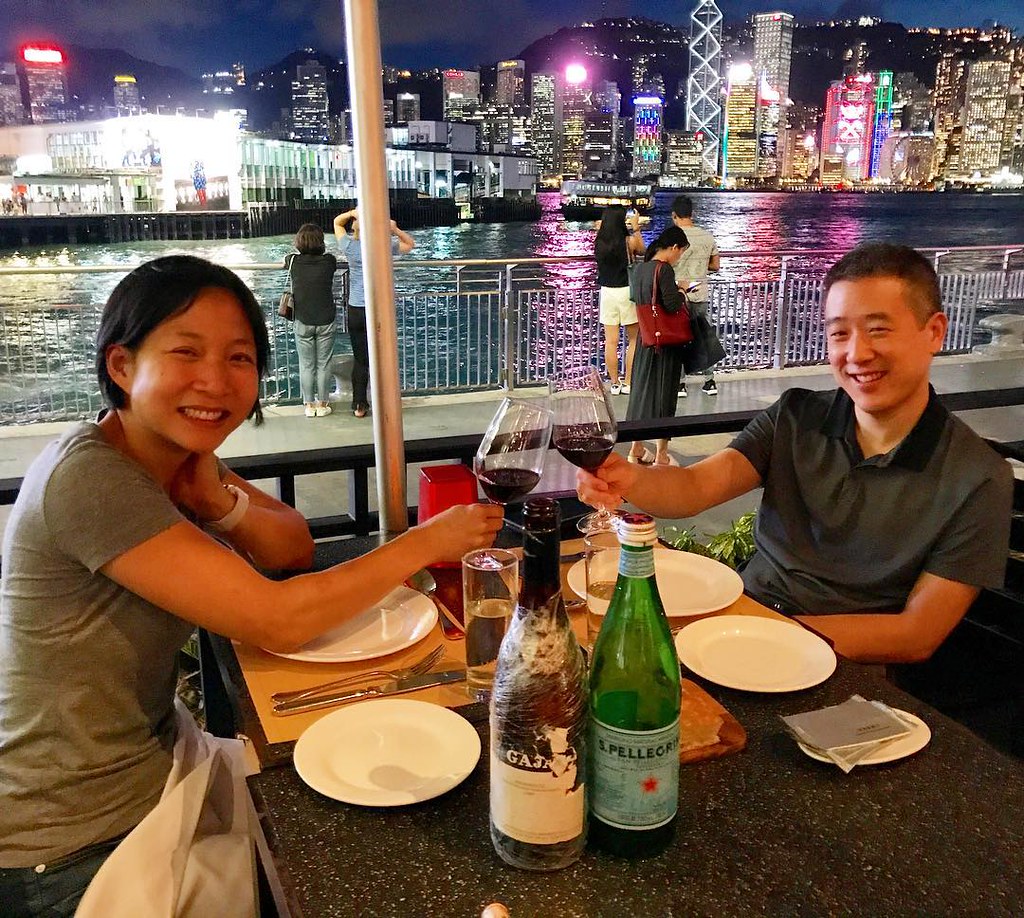 I am finally getting settled after being here for a couple weeks. We spent a week entertaining friends who flew out to celebrate Bryan's birthday (check out my Instagram, Facebook, or Twitter feed to see more photos of the celebration #bryanbdayweek).

I hope to catch up on posts from trips I've taken recently (New England, Japan, Taiwan, even Switzerland!) as well as share about restaurants I visited in Boston before leaving for Hong Kong.

Today, I'll touch upon our trip to Portland Maine in May 2017. We visited Portland during Bryan's last week in Boston right before he moved out to Hong Kong. It was only a 24-hour trip, but we definitely hit many of the top places (there are so many good ones!). Stop 1: Eventide
Eventide Oyster Company is one of my favorite restaurants in Portland and I always try to stop by if I can. They do a great, creative take on fresh seafood that's just a bit Asian-inspired. I love it.

During this visit, I tried for the first time their Clam Chowder, which was fantastic. The broth is much lighter (less heavy cream) and packs a deeper, more intense clam flavor. It also has seaweed, which is unusual but works surprisingly well. It has quickly become one of the my favorite bowls of clam chowder in New England. We also tried the Peekytoe Crab Roll, which was great.

You can't come to Eventide without trying some raw oysters. I usually try to go for the ones that are more local to Maine, since I can't get those as easily in Boston. Scotch Egg was awesome, and I loved how the pickled onions nicely balanced out the rich and decadent smoked bluefish encrusted exterior. Yum! Octopus Terrine was gorgeous (and undoubtedly took a lot of work to make) but flavor-wise was less interesting than all the other dishes. The Brown Butter Lobster Roll is their signature dish and we always get it. Better yet, it will also be available at Eventide's newest second location . . . . in BOSTON!

The Boston location is different in that it's more of a counter-style restaurant. Guests order right when they arrive and then wait for a message telling them their food is ready. Many of the Portland restaurant's most popular dishes are on the menu (e.g., the eponymous lobster roll, though a bit bigger in size compared to the Portland version), as well as seasonal creations and a selection of Maine/Massachusetts oysters.

Anyway, back to Portland Maine. Since we only had 24 hours in Portland, we decided to make the best use of our time by having TWO lunches (!) that day.

Central Provision is one of the most popular restaurants in Portland and typically if you go on a weekend without a reservation (and they don't give out that many), you have to wait HOURS to get in. The last time I went, we waited about three hours before getting a table. This time, since we were there on a Monday, we were able to show up before 12PM and not wait at all.

I always love sampling a bunch of different small plates while I'm at Central Provision, and this time was no different. Spicy Beef Salad was one of my favorites, consisting of beef tartare tossed in a flavorful vibrant dressing of sriracha,cilantro, chopped peanuts and crunchy fried shallots. The Soft Shelled Crab Sliders were good too. They were nicely fried and came with a flavorful tomato jam. The sandwich was tasty though tricky to share amongst four people. The Tuna Crudo (pictured at the very top), was also refreshing and delicious. Beet Salad with avocado cream came with a variety of beets, including golden, red, and chiogga. It was a light, refreshing way to close out part II of our progressive lunch.

All in all, everybody loved the food at Central Provision and we were thrilled we had a chance to try it without waiting in any lines. Moral of the story: try to visit Portland Maine during non-peak times if possible!

Up next, Stop 3: Fore Street. The whole reasons we planned this trip was because one of our friends expressed utter shock when we told him we had never been to Fore Street. He said that we had to fix that right away, and thus this 24-hour trip was born. Fore Street is yet another must-try Portland institution and we were so glad that we finally got to experience it before we left Boston.